Virus (mentioned)
Dan Schneider is a film producer who lives in California. He has never appeared in the games, but is mentioned by William Cooper as one of his many doppelgangers. He created/co-created All That, The Amanda Show, What I Like About You, Drake & Josh, Zoey 101, iCarly, Victorious, Sam & Cat, Henry Danger, Game Shakers and The Adventures of Kid Danger and Captain Man.

Dan once existed in the corrupted timeloop, but was retroactively moved to the timeloop in which the Mario games take place. It is unknown how different his life was there. Not much is known about Dan's childhood.

Dan rose from the shadows and eventually got a job at Nickelodeon, where he made lots of TV shows. What little we know about him comes from pictures and actors and actresses on his shows, but most of them keep quiet.

Dan is a very nice guy. He keeps his friends close, and their feet closer.

Dan can make very good TV shows. He is the only reason Nick is still around, besides Spongebob.

Dan is really nice to children. 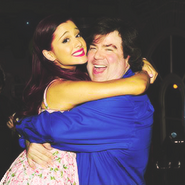 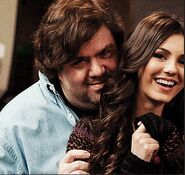 god i wish that were me

Lookin' cool with the shades on. 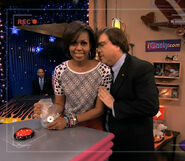 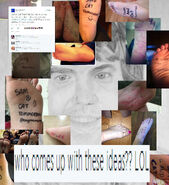